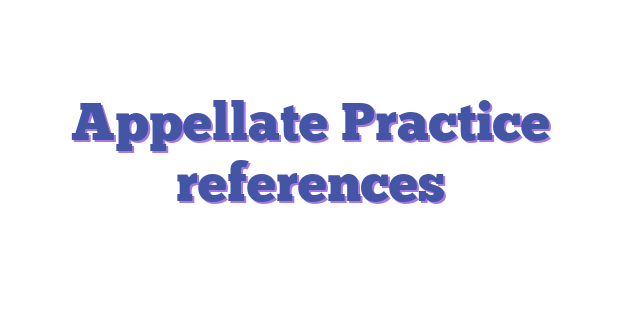 The Appellate practice section also considers ways in which the appellate legal system can be improved, and suggests statutory and rules changes to the Association for recommendation to the courts and the legislature.

State Bars offers representation and services to both civil and criminal attorneys who practice before state and federal appellate courts. The need for this section arose from the developing recognition that appellate advocacy is a distinct practice area that involves a unique set of skills.

Appellate practice is governed by independent sets of procedural rules that are very different than those that apply to trial practice. Moreover, the approach to written and oral advocacy in the appellate context differs significantly from that generally employed in the trial context.